David Barry’s film Dream Out Loud,  a movie that sets out to examine the relationship U2 fans have “with the band, the music and each other,” was completed in April 2018. But prior to the wide release of the DVD this fall, fans have only had a few opportunities to see the movie in its entirety: premier screenings that took place in Tulsa (concurrent with the E+I tour kickoff), Las Vegas, New York, Dublin and (most recently) Hollywood, plus two live stream events on Facebook. Having attended the August 11 Hollywood screening of the Dream Out Loud movie, I was asked to contribute a review.

Books and movies about U2 history, U2 songs and U2 tours are nothing new; at this point, U2 lit and film is a veritable subgenre. But happily, Dream Out Loud doesn’t fit in with those works – because from start to finish, it’s not a movie about U2. It’s a movie about U2 fans: how they got here, why they came, and where they hope to go. Bono does make an appearance addressing the camera (several actually, all from a single encounter in April at a fan lineup outside one of the band’s E+I rehearsals in Laval, Quebec). He speaks earnestly and with interest in the mission of the project, which will no doubt delight those who crave his acknowledgment of the movie. Naturally those scenes are highlights, but they don’t dominate the film. And it’s better that way.

While all four members are shown in photos and footage, U2 is the topic of this film, rather than its star. Somehow, David Barry figured out how to tell a U2 story that skipped right over the note on the Mount Temple bulletin board, Larry’s kitchen and Bono’s lightbulb, passing U2’s high school years by to go into the heart of boys and girls around the world who are now men and women, many of whom found U2 during their high school years. There’s no mention of Iris Hewson’s passing when her son Paul was 14; instead, fan Kathrin Reupsch sits in front of the collapsed Joshua tree that remains in the Mojave as a memorial to 1987, explaining how U2’s music helped her after the passing of her beloved husband. Another fan says she imagines her childhood best friend is in the empty seat beside her at every U2 show, having died two years after they attended their first concert together. Like Rattle & Hum before it, Dream Out Loud is a musical journey – but this time, it’s the journey of the fans who have given the band that great life Bono regularly thanks them for from the stage.

Incredibly, the film nails the challenge of following the fan journey according to U2’s chronology. Most of the fans interviewed jumped on the train pre-Achtung Baby, setting the stage for stories about childhood fascination with New Year’s Day’s snowy, post-apocalyptic wonderland or being mesmerized watching the iconic performance of Bad at Live Aid. Early reactions to The Joshua Tree get their own section in the film, of course, and ZooTV emerges in the middle as the turning point of the fan experience – for good or for bad, but mostly for good. While the film captures fans discussing these most noteworthy eras of U2, what sets Dream Out Loud apart is the discussion on how U2’s songs, causes and concert tours during each era made them feel. One particularly moving scene involves a music program for mentally challenged young adults; the talented, enthusiastic class was visited by the One Campaign and given t-shirts to perform in, and the upfront players are interviewed about their roles. “When I play The Edge, I feel cool,” one says. Their teacher, a U2 fan who is also interviewed, beams with pride at their accomplishments.

As anyone plugged into the U2 fan community will attest, it’s difficult to talk about U2 without addressing spirituality or politics. Dream Out Loud does both. We see fans who explain how the band’s music supports their efforts to connect with God more closely – and concurrently, we hear from fans who profess atheism despite recognizing the clear scriptural themes in U2 lyrics. In terms of politics, we meet fans who were inspired to join Amnesty International in the 80s, found the Build a Well for Bono’s Birthday project in the early 2000s, or give money to Edge’s nonprofit Music Rising to support the musicians of post-Katrina New Orleans. It checks all the right boxes when it comes to listing U2’s interests and causes, without overwhelming the viewer with information on the causes themselves. For fans who are abundantly familiar with said causes, that’s an important courtesy.

In a movie about people who follow a band with a communally tribal energy, what’s even more important is the soundtrack. Rather than playing a medley of U2 studio tracks throughout, Dream Out Loud subtly weaves recordings by December, the Glasgow-based band known for its powerful U2 covers, throughout the flim.  Somehow, a sweeping overhead shot of a U2 audience while a female vocalist sings Bad over an acoustic arrangement makes a bigger impact than the original track could. It’s a quiet detail that should be appreciated by fans who know these songs as their life soundtrack.

For Bono’s part, the most compelling scene he participates in is near the end of the film. “At the heart of who I am, I do understand that I am still the same person that went to see The Clash, that went to see the Ramones, went to see Elvis Costello, and had my life turned upside down by music,” he says while looking intermittently into the camera. “So, I’m much more like the people in your film than I am probably the band in some way.” He punctuates the statement with a laugh, but we know that he knows…the showman gets it. Whether 112 minutes of fan interviews is your thing or not, Dream Out Loud is worth watching for that affirmation alone.

Special thanks to David Barry for the following information…

Footage was also filmed by an additional crew in Montreal at the Galileo Adult Education Center.

Additional Joshua Tree Tour 2017 footage in Philadelphia was provided by U2.

Find and follow U2 fans or U2 web site on the different social platforms.

We’re building out the new social media section of the directory. Feel free to add your own social account to the site.

Quarter century later. Just as fresh as the day it was released! 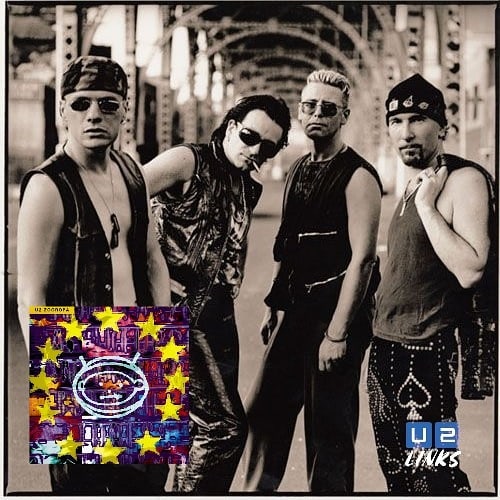 Welcome to our blog!

We’ll use this section to announce new features/improvements to the U2 Links directory.

To start off we wanted to let you know of major changes to the site. We recently completed a complete rework of the old U2 Fansites directory. We updated the layout and changed the website name from U2fansites.com to U2Links.com. After 16 years online we decided to change things up and make the site more mobile friendly and easier to use.

Now that we’ve relaunched, we’d like to recommend that you visit the new https://U2links.com and find your website listing and claim it. You can claim it by clicking the “Is this your Listing? Update and claim it!” button below the listing (bottom of the listing detail page). All claim it requests will be handled individually, with proof of ownership required. Once approved you’ll have control of the listing for future updates.

We hope you like the changes, and please let us know if you come across any errors with the site. You can email us at contact@u2links.com or use the form at https://u2links.com/contactus/

Be sure to sign up to our mailinglist! Don’t worry this mailinglist will be a low volume list.